Delta Electronics, a producer of power components for Apple and Tesla, has cut its headcount in China by almost half, in the biggest such move to be made public by a Taiwanese electronics company in the country.

“Our target in China is to reduce the direct labour force by 90 per cent. We are not quite there yet. We have reduced [it] by 40 per cent,” Yancey Hai, Delta’s chair, told the Financial Times in an interview.

Taiwanese companies that manufacture computers, servers, smartphones and telecom infrastructure gear on behalf of brands such as Apple, Dell, Google and Xiaomi are setting up shop in south-east Asia, India and elsewhere.

US pressure to diversify supply chains away from China and rising labour costs in the country are driving the change. But most, such as Foxconn, are reluctant to spell out the impact of the shift on their China presence for fear of angering Beijing.

Delta reported NT$282.6bn (US$10bn) in sales last year, up 5 per cent on a year earlier, from making power components such as cooling fans for notebook computers, solar inverters and motors for electric cars.

It relocated production of its telecom power equipment to Thailand and Taiwan in 2019 after the US imposed a 25 per cent import tax on such goods made in China as part of the trade war.

Delta is also building four large factories in India, where the company plans to make photovoltaic inverters and industrial automation equipment for the local market and information technology and communications gear for export.

“For China the problem is, even without the US-China conflict, China is no longer a good place for manufacturing,” Hai said.

Wages in the southern Chinese city of Dongguan have grown tenfold since the company set up shop there in 1992. “More discouraging than that is the [staff] turnover rate. In India, it is much more stable,” he said.

Delta has responded with automation. On its most advanced production line in the eastern Chinese city of Suzhou, near-complete automation has cut the headcount from 42 to just three. 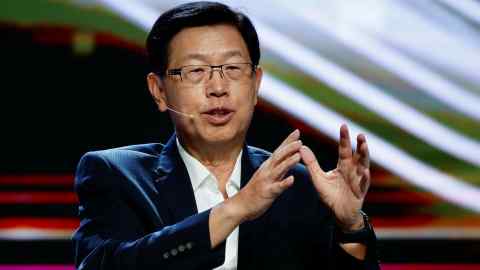 Hai said that while sensitive products such as telecom-related equipment have moved away from China for good, other products, such as mass-market computer components, continue to be made in the country.

“We keep the factories there and the things that can be automated, we will make them in China,” he said, adding that China’s strength remained the complete supply chain.

Delta, which set up its Thai subsidiary even before it moved into China in the early 1990s, is one of the most geographically diverse Taiwanese electronics manufacturers.

Hai said the use of automation would allow the company to diversify its manufacturing footprint even further. “In the future, if we have to do some assembly, if we have a more automatic line, we can do that even in the States,” he said.

Opinion: The bears control the market now but it will be hard for them to hold it

Trump Scores $617 Million of Cash With Vornado From Tower Bonds

Opinion: The bears control the market now but it will be...

Apple Earnings Were Spectacular. Why Its Stock Dropped.